I saw the 64-bit requirement for Google Apps coming on Aug 2019.
How do we ensure our apps are compliant? Is it based upon the JDK we have installed?
Thanks

@richard I assume you have plans to make this happen by the August date?

@mcquayi, @richard: I believe we are already 64-bit compliant based on this article: 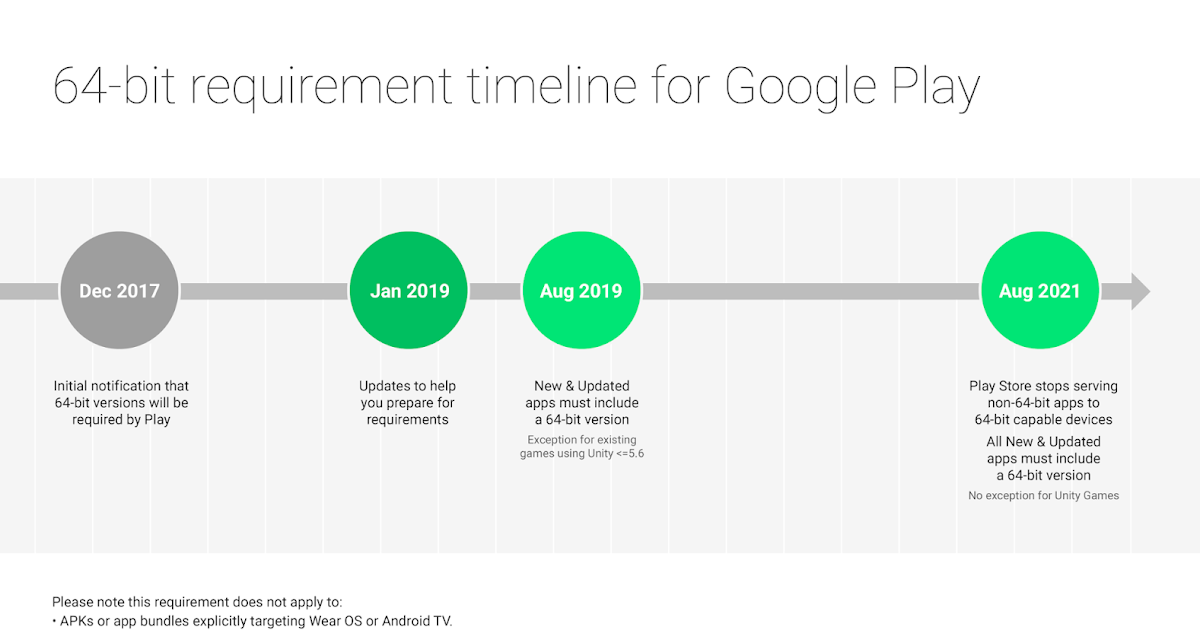 Get your apps ready for the 64-bit requirement

So I believe that any app created with SAB 1.3+ are complaint.

Actually, after further investigation (by @richard), the Crosswalk and Grandroid libraries are 32-bit only. We are looking into getting 64-bit support for those.

Sorry I missed those,
Chris

Is there any chance of this happening sometime soon? I was already to put an app in the play store, but it was not allowed due to the 64-requirement. I’m so thankful for this program, but I could get my app distributed much more easily if it was in the store.

I think the release notes, say it has been included since v5.5 release.