I’m not sure if this is a Windows 11 issue.
But I do know that the latest “aeneas” Windows batch Installer does not install Python 3.9 (which is the latest I have on my computer).
Instead it installs Python 37-32 (odd name), which apparently is Python 3.7.4 (32-bit version).
I have finally running the “aeneas_check_setup.bat” in the install folder gets me this: 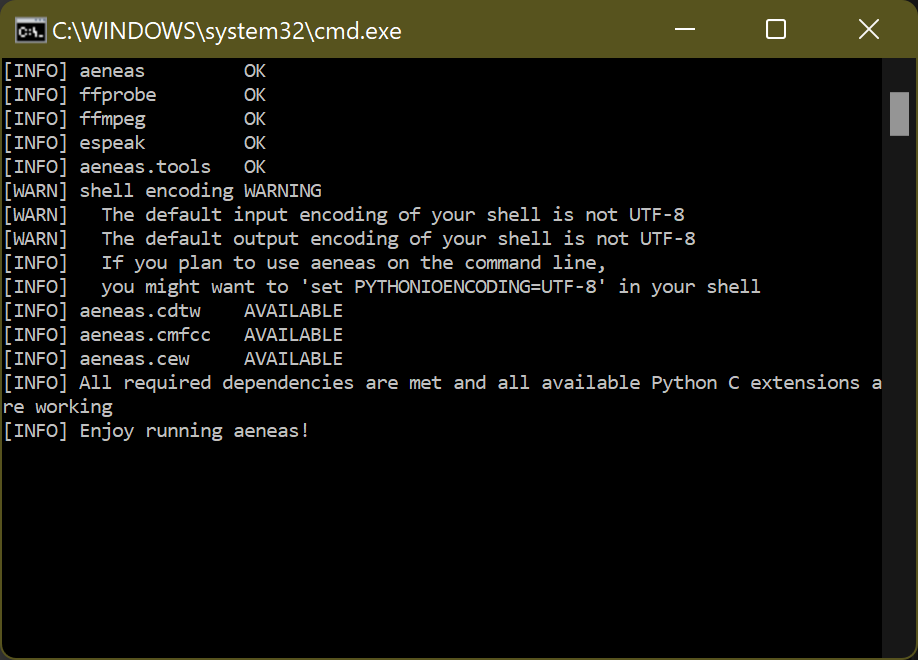 But running SAB’s Check Aeneas Installation option in the Tools menu, gets me this: 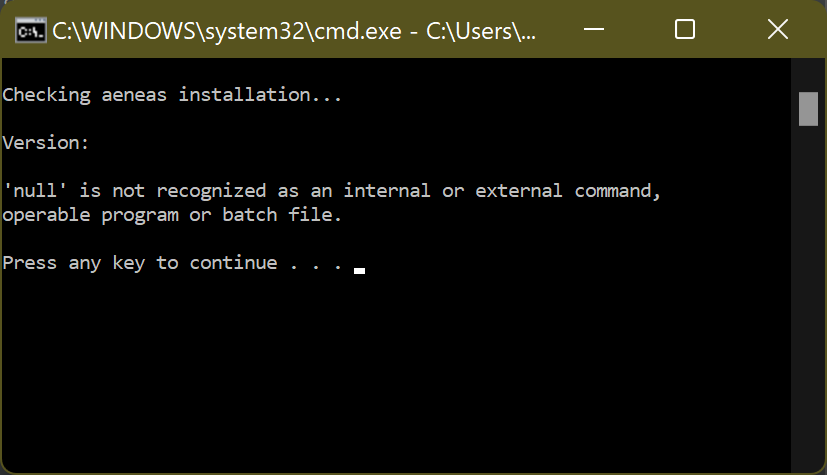 After hunting down that batch file, I found it under AppData\Local\Temp. It is named: “check-aeneas.bat”. It reads:

The offending bit is the line: “null -m aeneas.diagnostics”

Any clue why it is inserting “null” in place of “python.exe”? (Editing the BAT file with “python.exe” in place of “null” and running it from the Temp folder directly, it successfully runs the check. But if I rerun it from SAB menu, SAB recreates the invalid BAT file (with “null” in it) and fails.)

Thanks for any help in getting this sorted. Much appreciated!

David, there is an issue related to this “null” problem that we have fixed for the next version of SAB.

One thing you can try is to make sure SAB is closed and restarted after installing Aeneas.

Thank you Richard! I closed SAB, rebooted the computer, reran the install batch for Aeneas again. Restarted SAB after that was done, and now SAB’s Aeneas check passes also, and it is currently building a set of timing files for Selaru Mark.