App crashes on Android 5 and 7 when playing audio for app built with SAB 10.0

I built my app and tested it on a physical Android 7 tablet and a physical Android 5 phone and it crashes when I play audio. A workaround that keeps it from crashing is to turn the audio off and then on again via the speaker icon. From then on audio plays fine (with synchronization) and doesn’t crash.

I built the app with SAB 9.3 and everything works fine.

Can you share your app with me via Private message. Also your project.

I am also have crashes on BlueStacks 5 (Android 7).

It is also crashing if At end of a chapter/page. go to next… is checked. I have to first change the chapter, then I can press the play button. 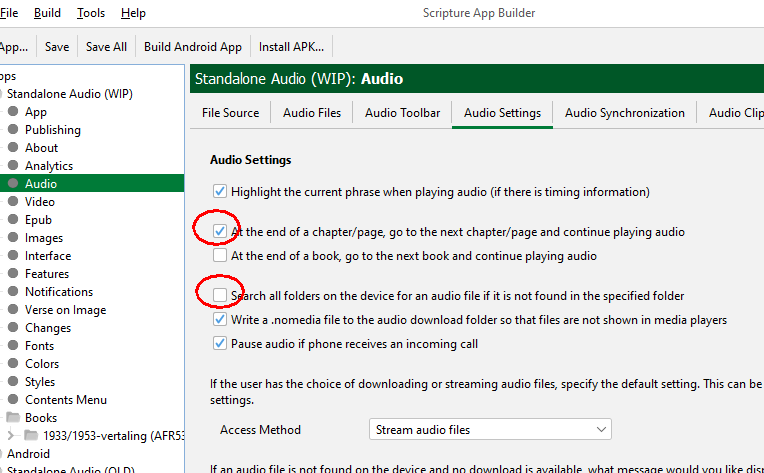 It looks like it crashes if the audio has not had a chance to download yet (to the temp storage for streaming in my case).

However, it works fine on my device (Android 8) and on an Android 8 version of BlueStacks.

Does it crash on a real device?

BlueStacks is an emulator for hardware intended for playing mobile games on desktop computers.

@ChrisHubbard
I don’t have older physical devices to test this on.
I have since tested this in Android Studio on multiple versions of Android without any luck. Hopefully this is just an emulator issue.