I have a situation where one book group title (in the book title list) is a bit long, and rather than truncating it with “…” (as SAB seems to do with book titles), SAB wraps the title but then doesn’t give it enough space to display. So here the book group title is supposed to be “Mugaddima al-Kitaab al-Mukhaddas”, but it displays like this: 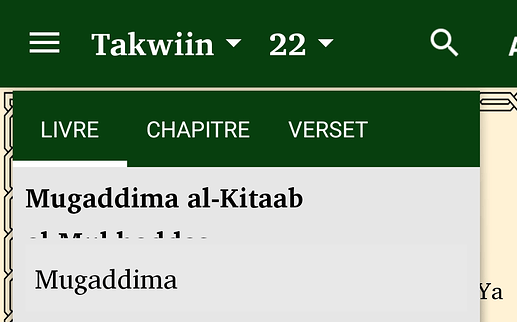 On my phone the amount of space given to the second line is even less, so you just see a few little dots from the top of that last word.

It would be good to fix that. Thanks.