Border and text background only for scripture text

I’m requesting these features in hopes of both matching the print edition as closely as possible but also to make it more like a “holy” book. 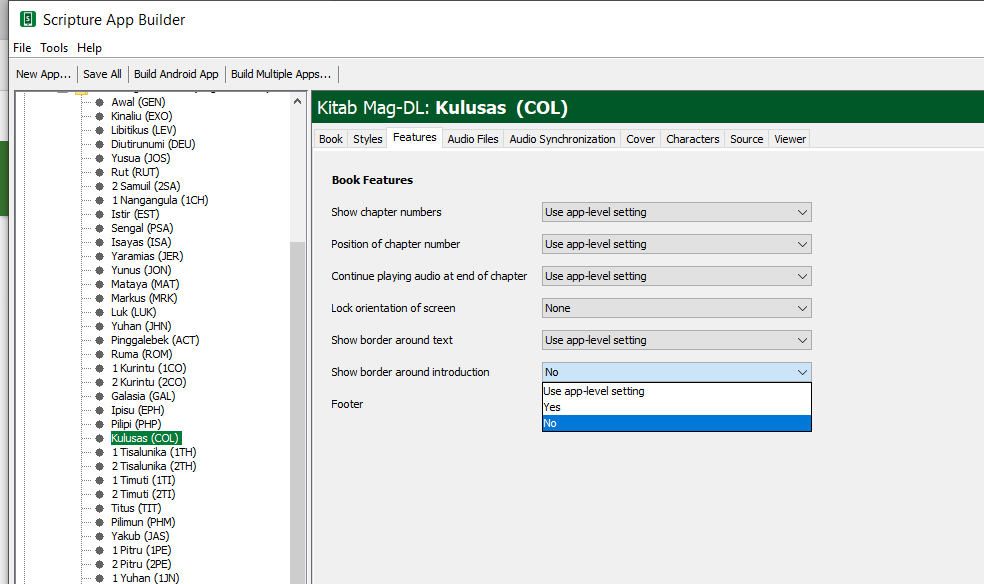 Thanks @dbskoropinski.
You have to have borders enabled for the setting to show in the books Features. I though the issue had been dealt with but when I did not turn on the border I could not see the setting. My mistake.

Any ideas about changing the background color of the text only? Is there one particular style that allows you to adjust the color of the background behind the text? Even if there was, I imagine it isn’t as feature rich as what is available for turning the borders off for certain parts.

In the book-level features, we have these border options (when a border is activated):