Caution regarding adding Play Store link as a menu item

I released an update of my hymnal app, only to have Google remove the app from the Play Store entirely several months later. The reason -I eventually figured out- was because I had added a Play Store link to the New Testament app of the same language. I did this as an additional menu item in Features>Menu Items.

It turns out, Google considers this to be an ad that is not “clearly distinguishable from [the] app content”, “not clearly labeled”, and “similar to the [app] interface.”

(I disagree with the “clearly labeled” part- the Play Store icon is right there!)

This was extra grievous to Google because I had indicated that the app was for both children and adults. Apps for children that want to have ads must only use ads from Google’s list of 12-or-so approved providers of ads for child-friendly apps.

My solution has been to remove this link entirely. In its place, I referenced the Bible App in the “About” section of the app, but without creating a hyperlink.

I share this in hopes that some of you can avoid experiencing the same troubles I have.

Here are some print screens. 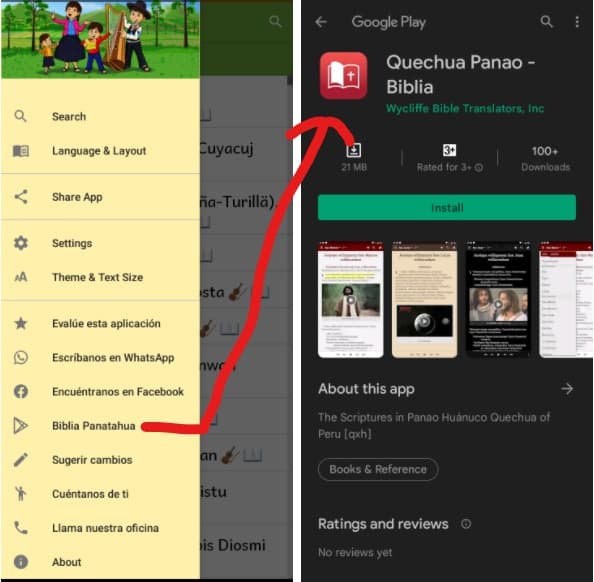 A note of clarification: I had first attempted to release an update, in which the only change was that I had added the Facebook Analytics SDK. The update was rejected because of “ads” and I thought that Google’s system was thinking I had ads because of the SDK. Some time later, Google reviewed the production (live) release of the app and flagged it for the same reason- except that this time they sent me the printscreens.

So, Google had first seen the menu item link in the update, before realizing that it was already in the production version.

@richard, I looked into linking to another app from inside an Android App. There is a specific way that it should be done:

Learn how to build links that take users to your published apps in Google Play from browse or search.

Do we need to add a specific menu item type that can link to:

Thank you Chris for the info.

Since my last post, I found that the Dropbox app has the same behavior as the one that got my app removed from the Play Store.

From the Play Store, I open my up-to-date Dropbox app, hit the hamburger menu, and tap the menu item “Paper.” That takes me to a Play Store listing for an app called “Dropbox Paper”. 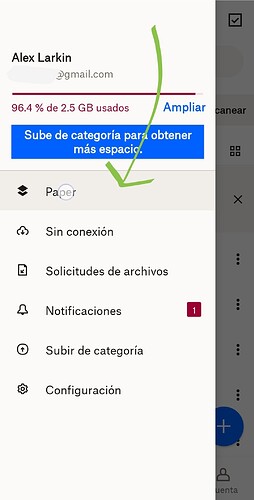 My menu item had the Play Store logo so arguably mine was less offensive than Dropbox’s. Why I was penalized and Dropbox wasn’t is a mystery to me. But maybe as Chris suggests, perhaps Dropbox has coded their link in a way that avoids tripping the Play Store’s “hidden ad” alarms.

If anyone else finds that their app has been removed from the Play Store, see this post for helpful tips on how to get it back online:

Hello, I am trying to update my app in the Play Store, via Scriptoria. I followed the instructions from this topic: But I’m not seeing anything about the current version in the Google Play Developer Console. Reasons that I can think of are: I may have forgotten to increment the version code (not the version name/number). It’s only been 7.5 hours since Scriptoria told me it released the app. My app is currently removed from the Play Store (for reasons I explain here). I have included some …