I have not specified any change rule that would cause this. It does not happen in other books, where some of the introductions also contain year ranges.

Changing the dash to a hyphen does not help. Any clue as to what may cause this, and how to prevent it?

Your idea to change to a hyphen was a good one (as a work-around). Maybe try one of the other dashes in Uunicode? Here are some possibilities: 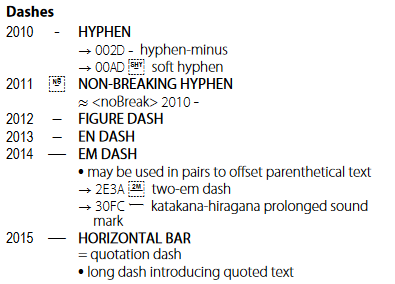 Indeed, it looks like a link: in the Viewer in SAB, the mouse cursor changes to a hand when hovering over it. However, the link doesn’t lead anywhere – whatever the target is, it’s probably invalid.

It gets curiouser and curiouser. I tried all the hyphens and dashes you suggested, and the result was OK for all of them when I put them together in a new paragraph: 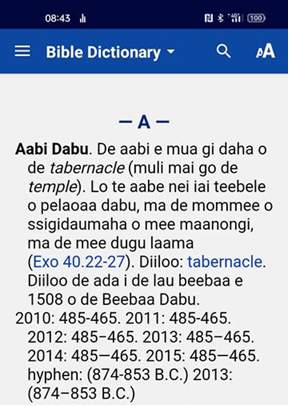 But in the original location, neither hyphen nor en-dash works – both are converted to a dot, and the whole number to a hyperlink (interestingly, for the years 1011-971 which I showed in my previous email, the first three numbers were not included in the hyperlink): 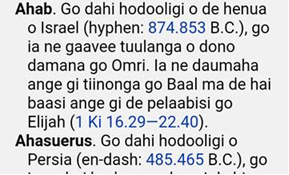 I’m wondering if SAB somehow interprets the range as a Scripture reference, even though it is not surrounded by any marker.
No closer to a solution, but I found a simple workaround: use space + dash + space in year ranges.