We are having trouble implementing and looking for documentation and/or assistance. It seems that Firebase may have made some changes since the release.

For Cloud Messaging we set up a campaign to send to all users of our demo app version (1 user). The user never received the message notification. 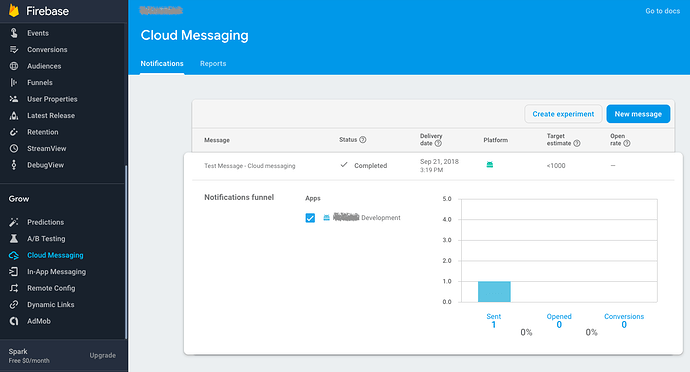 There are some settings options, but we are sure where this data would/should go. 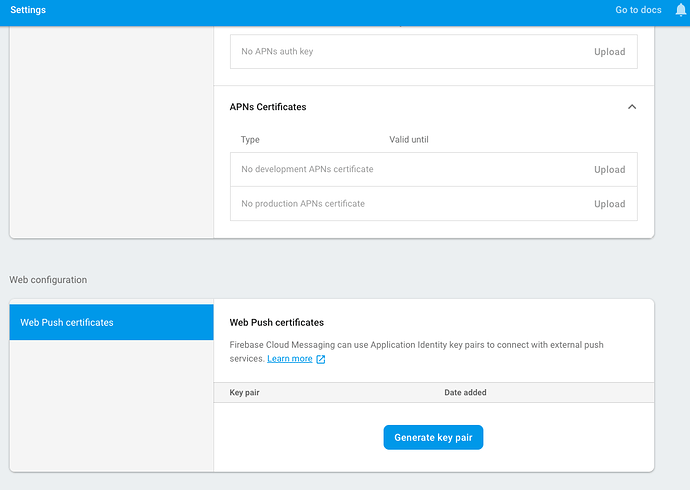 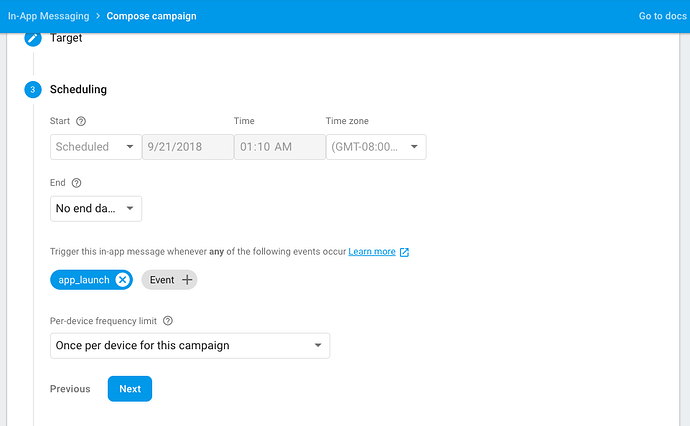 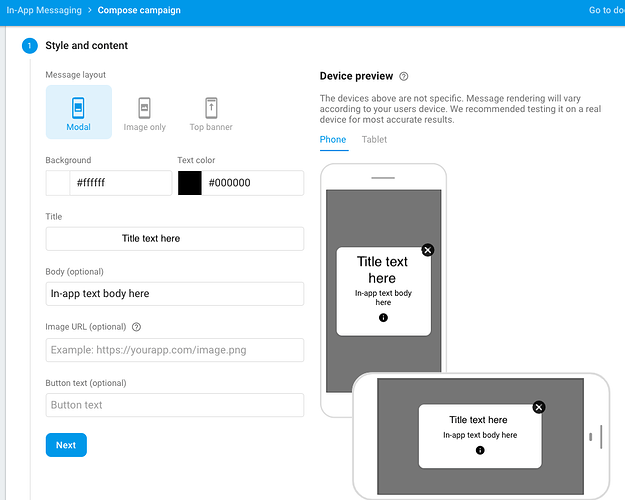 I looked at the code and it is Firebase Cloud Messaging.

I was able to successfully send a message.

The message was received by the test phone almost immediately.

sorry Chris, tried that didnt work too, any suggestions?

I’ve tried is with two separate apps and I think it only worked maybe once out of ten times I tried. I followed the steps and on Firebase tried both cloud based and in app messaging and nothing is coming over. This would be a VERY nice feature. I will keep digging.

@francoz & @O_Dev - Do you have multiple apps inside one Firebase Project?

I also experienced same issue when I had multiple apps inside one Firebase project. At times the cloud notifications won’t deliver.

But, when I tried with the project which have only one app - the push notification went through every time.

I am not sure whether it will be applicable in your case too.

Cloud messaging is the option. Start with a fresh download something the json file corrupt some easily.