Using SAB 4.5 for Windows to build the app, “History” tracks well as to what passages have been opened/read during any session. Upon closing and reopening the app, however, any previous history still appears in the list, but now listing only the day (today or yesterday) and time, but with the associated Scripture references no longer appearing in the entries.

Can you provide two screen shots showing the difference between two days.

Three screenshots. The first was the history upon opening the app and navigating to Matthew 9:14 and Ephesians 2:8. (Saguna means ‘Today’). The second screenshot was taken moments later after closing and restarting the app. The third was taken when opening the app the following day before doing any navigation. 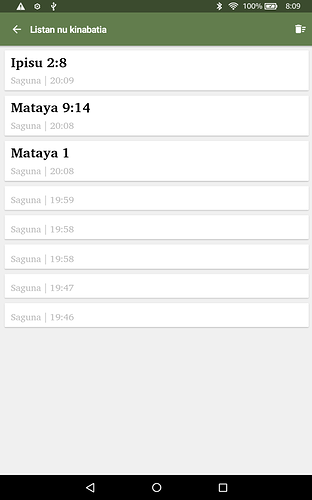 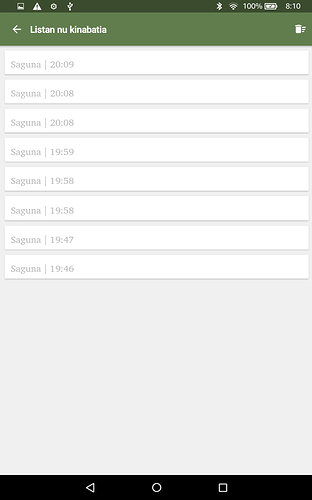 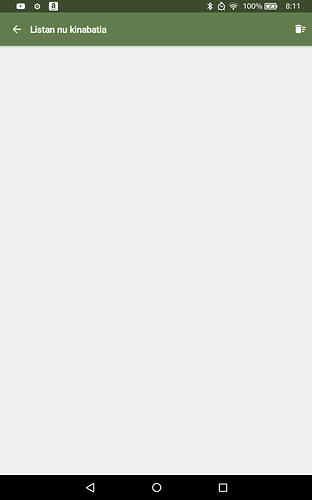