Not a piece of cake! :-) Problem with special search characters in iOS 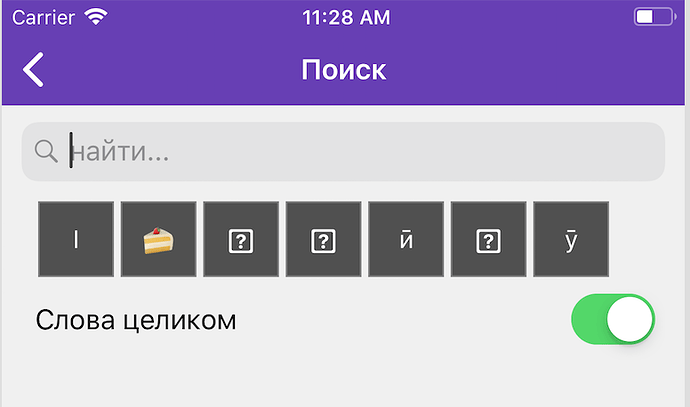 These characters are not to include a piece of cake but are supposed to look like this:

We are using a custom font that contains PUA characters for this project. In SAB Windows I can set the search entry text to our font in Styles > ui.search.entry-text 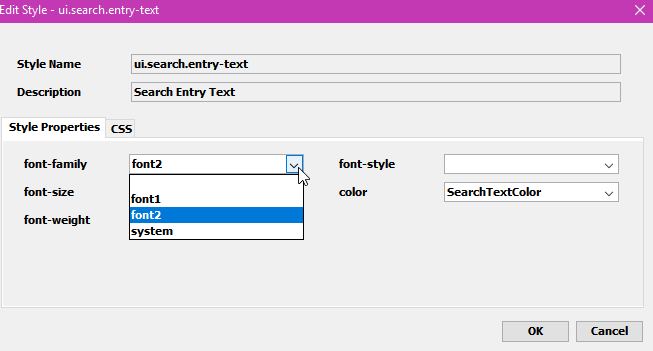 This works on Android. On iOS it doesn’t work although the same edit in Styles is applied. Can this be fixed please?

I read that first sentence wrongly at least 3 times.
The top is what you have (in iOS) and the bottom is what you want (presumably from Android).

Some Internet reading suggests that Apple uses the PUA as its area with emoticons etc. If so that may be hard to fix.

Relying on PUA is not a good long term strategy. And clearly it has issues already. Which of the characters are in the PUA area from the top image? 2, 3, 4 and 6?

Looking at the bottom there is one extra character. All characters except maybe no. 2 in the bottom images are in Unicode. So I am wondering why you have 4 misrepresented letters in the top image.

Thanks for your response. Yes, I also think that it would be better to have a Unicode font but the entire Paratext project of our partner has this font at the moment. The thing is, that the text displays well in the app, absolutely no problems. It obviously imported the font and uses it in the app, and this includes the interface (e.g. the book selector also uses this font well). So I think the problem is that the font is not applied in SAB when I select it in Styles for the search.entry-text.
And yes, you are right second image contains one more character than the first one. I have now added another one for the iOS version.

@Friedo Can you share a project with us? Can you send a Google Drive or Dropbox link to @david_moore1 and I?

SAB has a Changes section built in. So if you start with PUA but have real defined characters then change those PUA characters in changes so they become the correct code point. Then you will only have the cake left for Chris to deal with.

I am trying to find out if character 2 has a unicode equivalent.

Projects using PUA should start change today to be rid of a myriad of issues in the future. DBL does not want PUA characters in submissions.

Character 2 is it the same as Combining Cyrillic Letter En U+2DE9 or is it non combining?

I am trying to get to the point where @ChrisHubbard does not need to worry about this.

Yes, I know about the Changes and I already experimented with this a bit. Character 2’s Unicode equivalent should be U+1D78. It works that way but I found that not all fonts display this character nicely, it only worked with Gentium. Here is some documentation on Cyrillic Unicode characters, by the way: https://scripts.sil.org/cms/scripts/render_download.php?format=file&media_id=Unicode80Cyrillic_sorted&filename=Unicode80Cyrillic_sorted.pdf
from this site https://scripts.sil.org/cms/scripts/page.php?item_id=Unicode40_sorted&highlight=Cyrillic~unicode

There is a fix in for this and it will be in the next release.