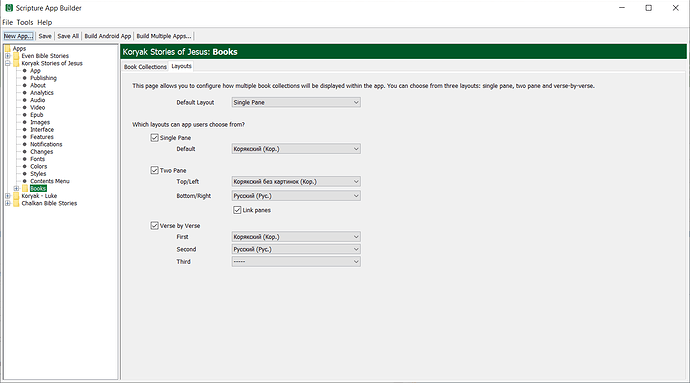 grafik.png1500×834 33.7 KB
After reopening Top book collection in the Two Pane Layout is displaying again the first collection, not the third one.
I’m currently using SAB 7.0.3.

I checked the appDef File and there the correct collections are saved. But the problem is also present in the App I build.

Any ideas how I could fix this problem?

Yes that is not what you would expect.

I have been able to test this and while I don’t get the exact same behavior, I do get items different to what I chose in the app builder.

I have written this up

Sorry to bring this up again, but I think I’m dealing with something similar. I have a multi-book build that is set to open as a diglot. It includes Arabic (ARB), Middle Eastern English (MEE), American English (ENG), and German. A transliterated Arabic is temporarily included as well. The app is set to open with MEE on top/left and Arabic on the bottom/right. 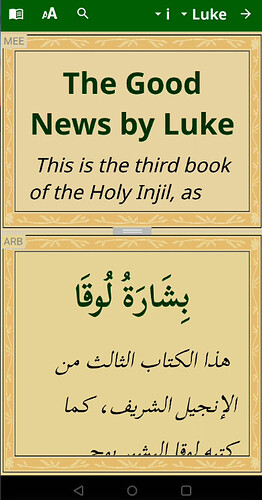 If the user wants to switch so the ARB is on the top and MEE on the bottom, the selection shows ARB already on the top. 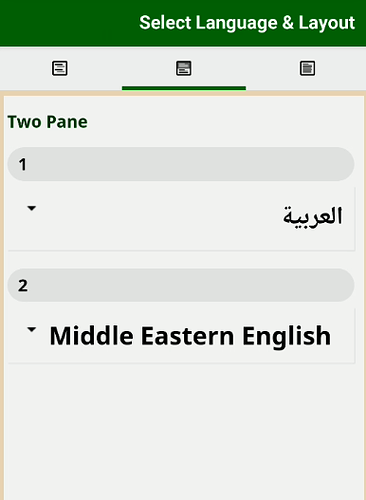 The only workaround we’ve found is to change to top panel from العربية to MEE or some other choice, click OK, then open the menu and again and change the top panel back to العربية . Then the languages finally change position. What am I doing so that ARB is shown on the top in the selection instead of on the bottom, where it is displayed? Is it possible to set “Select Language & Layout” menu so that MEE is on top and العربية beneath it the way the app opens?

Your default Two Panes layout is set to:

Your your Contents menu instructs the app to show the inverse of the above default. 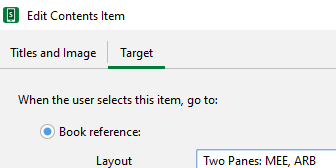 Can you see any remaining issues once those changes are made?

hi Ian,
I thought at first this was the issue. However, I’ve made the edits and I’m still getting ARB on top of MEE, when I select the Two Pane layout.

The app opens with the Content Menu (More on that in a minute). 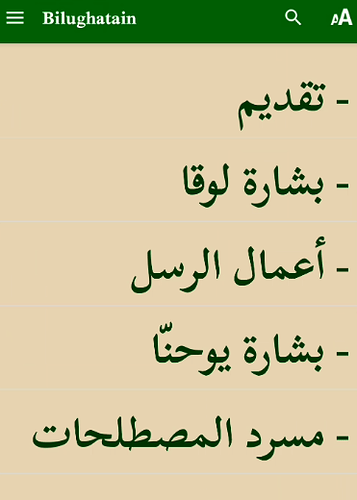 Selecting the second option opens to the book of Luke with MEE on top of ARA as the client wants it. 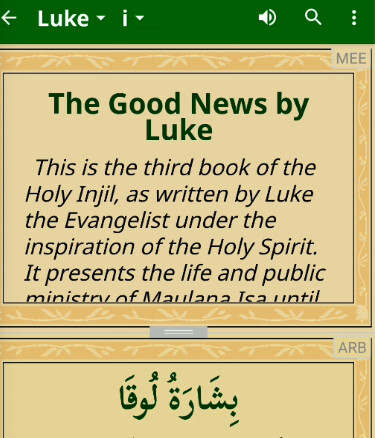 Selecting the option for the two pane layout, I still have Arabic over MEE, the opposite of what is shown. 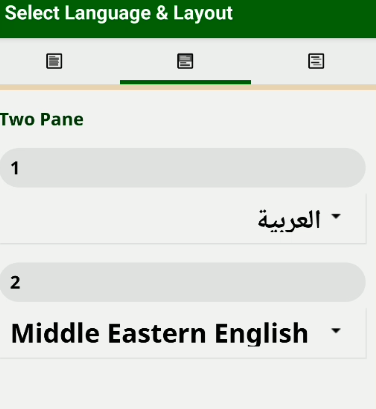 In the Books > Layouts tab I have set the Two Pane layout to be MEE over ARB. 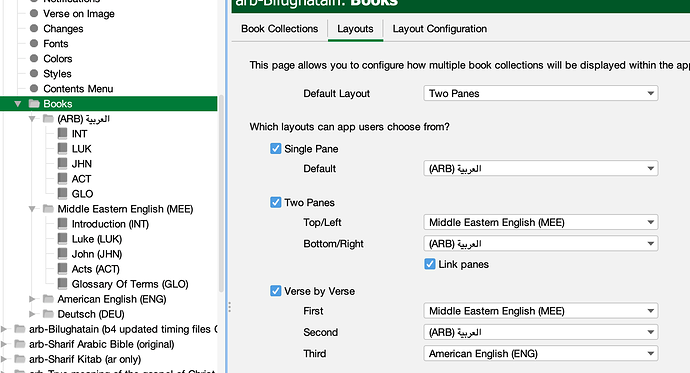 In the Contents Menu, Each Item presented also shows the Layout is set for Two Panes: MEE, ARB. 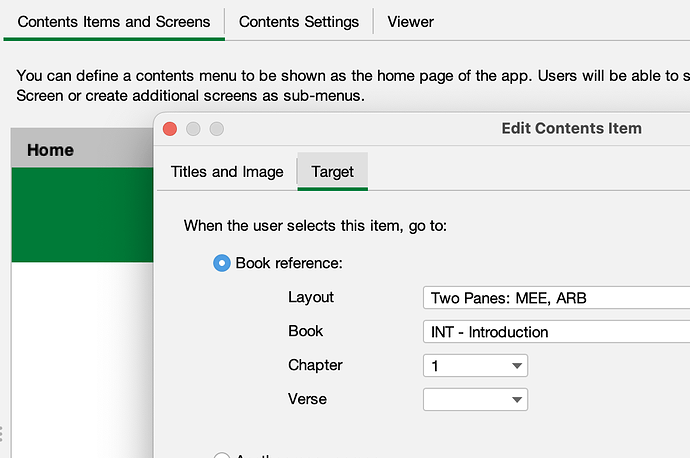 What I have tried:

No matter what I have done, nothing changes.

Back to the Content Menu - weirdly, now no matter what I do, the first time the app starts it’s showing the German Content Menu, even thought the default language is set to Arabic. Once I select Arabic, it will stay Arabic even if I do a rebuild but don’t remove the app. If I do uninstall the app, the next fresh install shows the menu in German. Aargh! 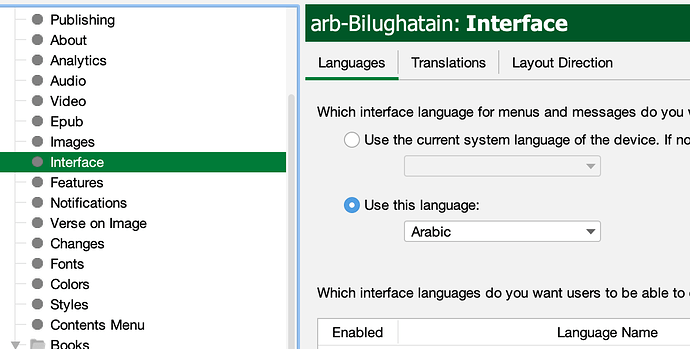 Am I missing something obvious? I’ve re-uploaded the build to the shared folder like I did a week ago. If you need the link again, send me a personal email. Thanks for your help.