Once SAB is fully compatible with SFM v3 and the \rb marker then we can release our Japanese Bible app. Thank you for your help with this! 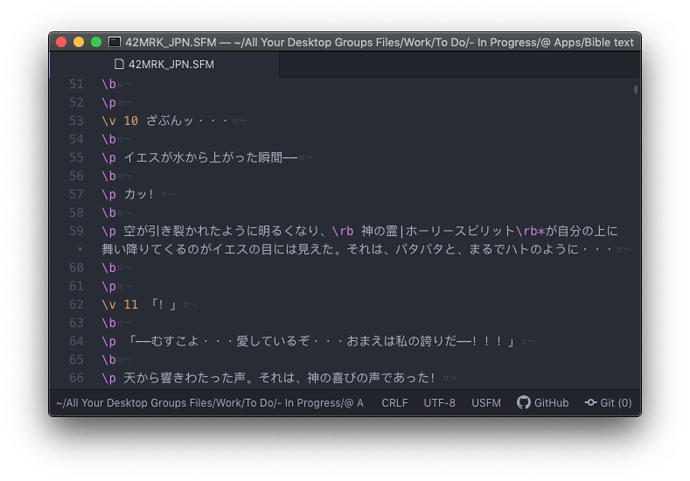 We are hoping to have full USFM 3 support by late March.

Just a thought… in the meantime you could use the changes tab to create a rule to remove those markers, or change them into parentheses or something that would make sense in the text.

Thank you very much!

That’s a good idea that we noodled over with our Japanese editor, however he said that it would still be confusing to the reader if the marked up text was in parentheses or any other format.