image720×631 51.7 KB
There are two sections of underline that are between letters in the book name. If you look closely (I really zoomed here!), they are rectangular sections of the underline, rather than the diamond shapes that are points in Arabic script.

I was wondering if it is possible to change the thickness of the underline, or maybe even the color to set it off from the book name, but I can’t seem to find the right style for that text. Can someone help me find the style, and any advice on making the text more legible would be appreciated.

I removed the underline altogether as I had the same problem.
In Styles>Text Styles there is a Cross Reference section about half way down. In the last one,‘body.crossref’ I changed the ‘text-decoration’ to none.
I doubt that there is a way to change the colour of the underline, I think that even if it was a different colour and thickness it would still conflict with the diacritics.
I think the issue is with fonts, the way the underline is placed at the ‘base line’ (for lack of a better term) instead of underneath the bottom of the letters. For people not familiar with Arabic script, there are some letters that go underneath the ‘line’ ی, ر, و, and others that don’t. Just like in English the letters j, y, q, p and g go underneath the ‘line’ and the others don’t. This can be clearly seen in the other words in Jeff’s screenshot.
Experimenting in Word with Times New Roman I get:

But with Adobe Arabic (as the name suggests, it is designed for Arabic scripts):

There are some Books of the Bible that don’t have these ‘low hanging’ letters so there would not be a problem:

As you see in Jeff’s screenshot, it is worse when there are dots underneath a letter and the underline is directly in line with and the same thickness as them. In Adobe Arabic it doesn’t clash with dots as much as the font Jeff is using in SAB:

Thanks @CraigN for the input, but that didn’t seem to work for me. On ‘body.crossref’ I changed the ‘text-decoration’ to none. I also tried doing the same thing on ‘body.footnote’. I’m still getting underline:

My gut feel is that those styles are for the entire xref and footnote. Where is the style that just gives the style for the +xt reference? This is what I have in the Paratext SFM:
\ft الكلام دا تلقوه في +xt زَبُور 19‏:4+xt*.

I also tried adding ‘span.xt’ and ‘span.+xt’ as custom styles, but that didn’t seem to work either.

This is even more confusing. Now my app is underlining reference links. This was not the case before. The current app on the Play Store does not do that. 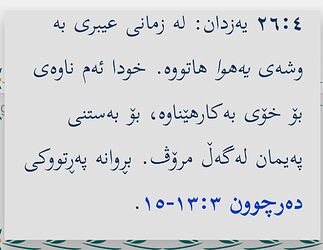 photo_2021-11-10 14.01.101280×988 82.1 KB
But I rebuilt the app just now and it is now underlined.
I tried messing up the body.crossref with a different font, bold, italic, yellow but it doesn’t change anything.
I do know that I had changed it ‘none’ and that in previous builds it was not underlined and now it is. It could be that we are talking about the wrong Style but that would not explain why it worked before.
I looked through some previous APKs on my phone installing them one by one. On 10/8 there was no underline, on 31/8 there was an underline. I had not changed it or even thought about it until yesterday looking at your post.
Perhaps it is a bug.
CraigN November 10, 2021, 5:09pm #5

There is an entire section called ‘Links’ further up the list second from the top.
However changing those didn’t help me either, I tried all of them just to be sure.
Bizarrely the link in the footer is not underlined, i think I remember removing that as it had the same problem of clashing with the dots.
.

It seems that even though links generally are not linked, there is something else adding the link in the footnotes. I can’t find anything in the Annotations section to help.