This would allow for a file that is easier for the person being asked to add the missing phrases to navigate and edit then the entire list of languages included in the export. The difference in the two files would be as shown.

vs. all the possible languages. 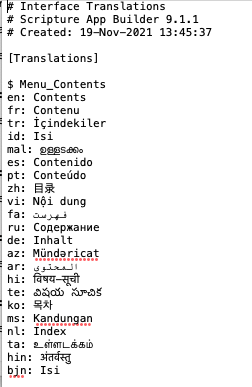 I use Notepad++. You can use find/replace with regular expressions.

In your case find: 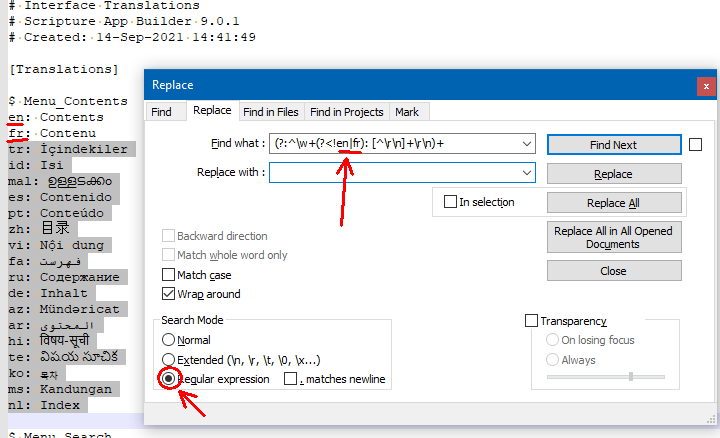 I’m familiar with and use Notepad++ to clean up the files too. It’s a great text editor. (I wish there was a Mac version.) I don’t do it the same way as you show, I’m not as adapt a coder, but I get it done as my screen shot showed.

Regardless of what we do there are a number of steps to get to the desired result and it’s something that is frequently needed, hence, my suggesting it as a feature request, though I now realize I probably have not submitted it correctly as a feature request.

I really appreciate your examples and will look at them the next time I need to do this. It may be a more direct way over my bookmarking the unneeded lines and then deleting them. But I’m still hopeful the app guys can make an easier way to export the strings as needed.

I also create a new project with each new SAB release and export the languages to compare with the previous version using WinMerge to see what new strings have appeared since the last update. an easier way to do this would be appreciated on my side as well.

I will be happy to help you process your languages for next time.