When we select a certain text size in the text scaler tool, it does not remain and the chosen size when you brows through the different chapters. After some chapters it goes back to the previous size without any reason… Should not the selected size remain as selected throughout all chapters and books, until you change it again on the slider.?

I have seen the same problem with the previous version of SAB on Mac. It would be great to fix this!

@joop, @Ron_Lockwood: Is this for an iOS app or Android app? I assume so since you are talking about SAB Mac, but just want to make sure.

If Android, does the same time happen if created from Windows or Linux (it should be).

We work on SAB 5 Mac but the phenomena occur in a Android App … we still have problems with having any App work on Mac (after 2 yrs) which shows how complicated this procedure is. We will give this an other try in 14 days, but for now it is about the instability of text size scaling

Greetings,
Today I tried to update our IPA App from the recent SAB 5.1 version, in the study material Single reference of cross references are not working like previous Android version. Please clear this one in MAC version too. 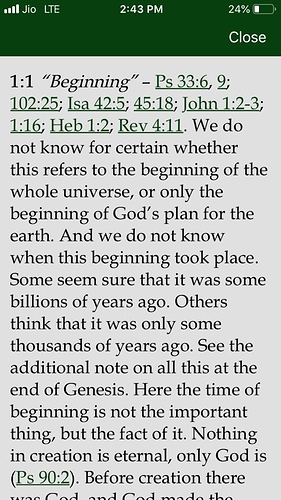